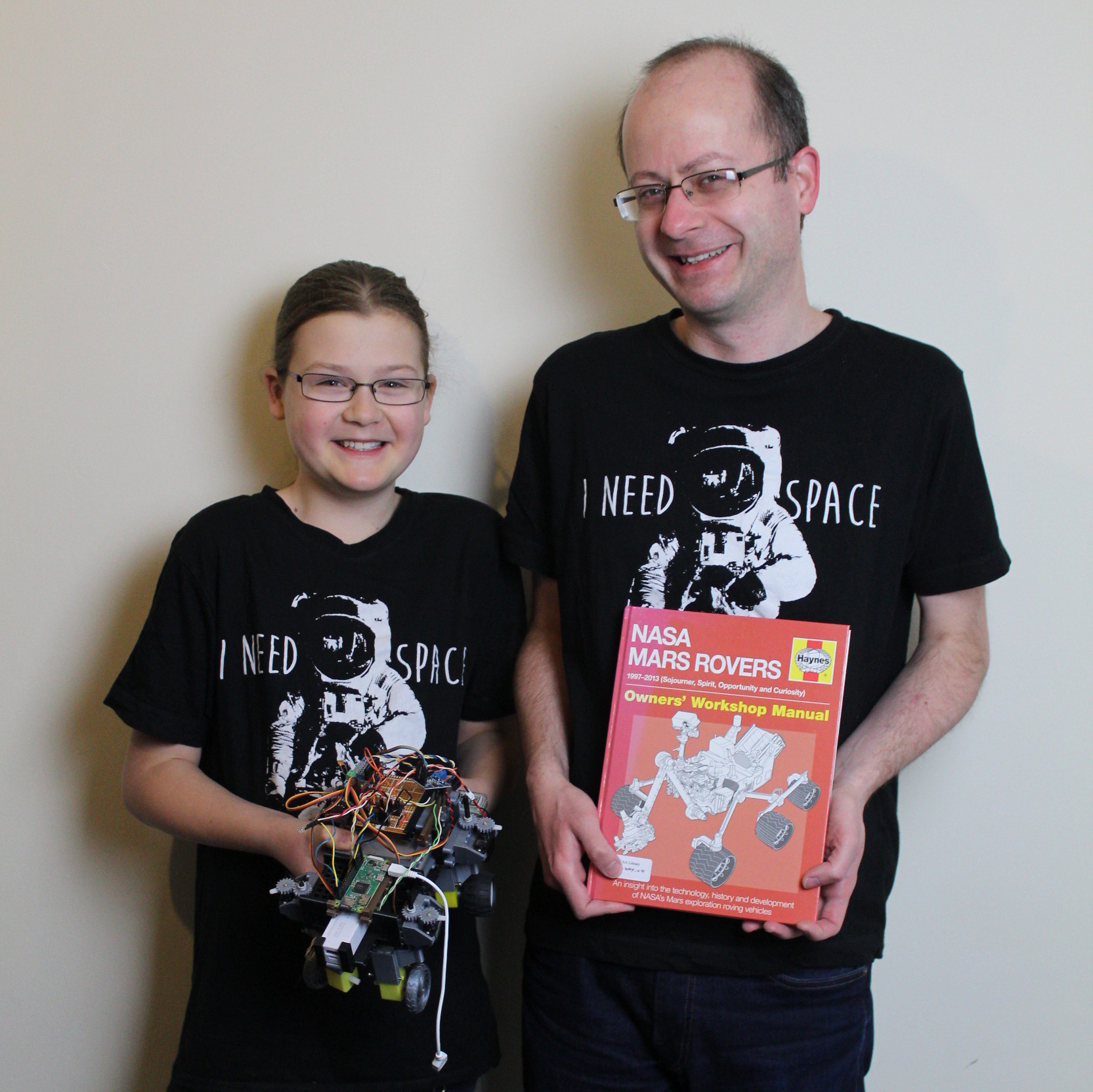 We are building the best Mars Rover for Pi Wars 2018, a competition for Raspberry Pi-controlled robots.

The Mars Exploration Team (MET) has the ultimate goal of sending robotic missions to Mars – if everything goes according to plan.

Our team consists of an 11-year-old spacecraft designer and his software developer dad (plus a moral support team of slightly concerned family members).

We are highly motivated and have ambitious plans but we try to set realistic short-term goals (not trying to attempt any real Mars exploration before thorough Earth-bound testing).

As we haven’t actually built a working robot before, we can be classified as beginners. Our slight lack of practical experience however is offset by our enthusiasm and many years of thinking about “finally building that robot we always wanted to do” while accumulating lots of really useful robot parts.

After finalising (well sort of) the Mars programme, the MET team realised that we hadn’t saved any time for testing the rover. Then we heard about Pi Wars and realised it would be a great opportunity to test it quickly without falling behind schedule. But as we have just said we have not tested it yet so we can only hope it won’t spontaneously explode.

As we noticed at the 2017 Pi Wars competition, the Obstacle Course Challenge would be perfect for simulating Martian terrain.

The autonomous Minimal Maze challenge would be particularly good because sometimes you don’t want to spend hours coding your Mars rover (well of course everyone has a Mars rover, don’t they?) to move a few centimetres, and sometimes you just want your rover to do it for itself.

We are trying to make this rover as fast as possible, just in case there are any nasty Martians lurking around the corner. The Straight-Line Speed Test Challenge would be a good way to test if the rover can autonomously outrun the Martians, as remote control wouldn’t work due to the time delay between the Earth and Mars.

When the rover lands, protective balloons will inflate around it to stop it breaking up on impact. The balloons should then deflate, having done their job. But this might not be the case and the rover is equipped with a spike in case it needs to “manually” pop the balloons. The Pi Noon Challenge would be a a great way to test the rover’s popping capabilities.